The far north west of Australia showcases some of the most remote and rugged terrain on Earth, characterised by the stunning ranges and gorges of the Kimberley and Pilbara.

Its coastline and marine life are equally spectacular.

And the pristine waters stretching from Exmouth Gulf around to the Northern Territory (NT) constitutes the world’s most significant wild harvest pearl fishery, for this is home for the Pinctada maxima or silver-lipped pearl oyster.

These giant marine bivalve molluscs are to thank for the world’s biggest and most lustrous pearls – the only gems produced by a living creature.
They’ve helped create Western Australia’s (WA's) second most important fishery. And that fishery now can add the prestige of sustainability certification of the Marine Stewardship Council (MSC) blue ecolabel.

The MSC blue label is the consumers' guarantee that the fishery has been positively assessed by a third party (independent of the MSC) on a robust set of global best practice sustainability standards.

This fishery is the first of its kind to be certified, extending the principle of sustainability from harvesting seafood to harvesting pearl oysters and their pearls for jewellery. It means that lovers of fine pearls can not only look good but feel good, knowing they’re helping do the right thing by marine life.

The cultured pearls grown in P. maxima in Australia are called South Sea pearls with the Paspaley Group being the oldest and biggest producer in Australia.

A family-owned company, its links with WA go back to 1919 when the Paspaley family migrated from Greece. Soon after, they became deeply involved in pearling.

In 1932, Nicholas Paspaley, then just 19, was at the helm of his own pearling lugger. Not long after he found a large natural pearl that turned out to be three times the value of his lugger. He later founded the Paspaley Pearling Company.

“We are delighted to have achieved this important milestone,” he says. "Sustainable production is part of our DNA and we have in fact been operating this way for much longer than it has been fashionable."

To achieve the MSC standard, the fishery was assessed on three demonstrable principles: sustainable stock; impact on the marine environment; and sound management of the fishery.

Certification took two years, but that represents a mere drop in the Indian Ocean set against the origins of this fishery. 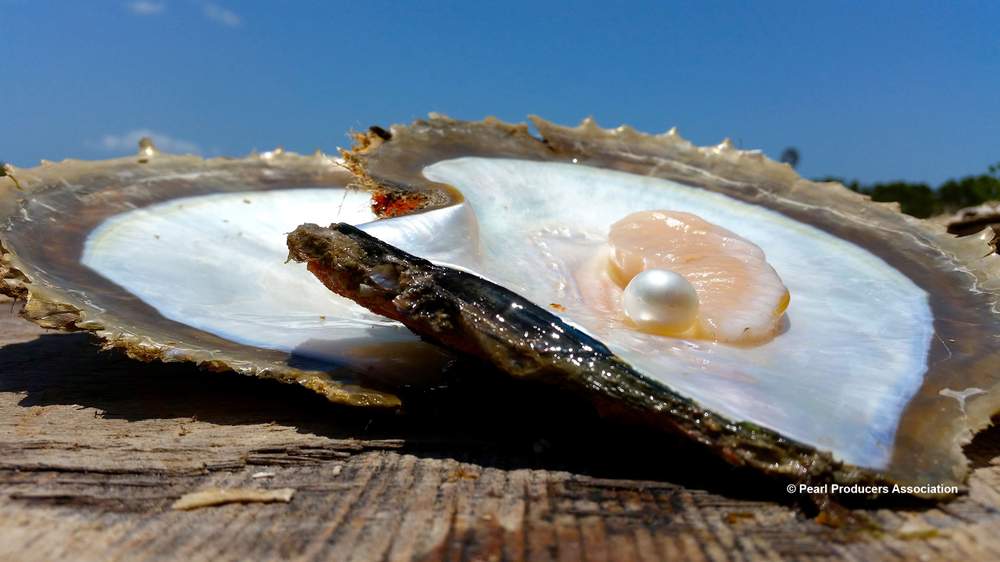 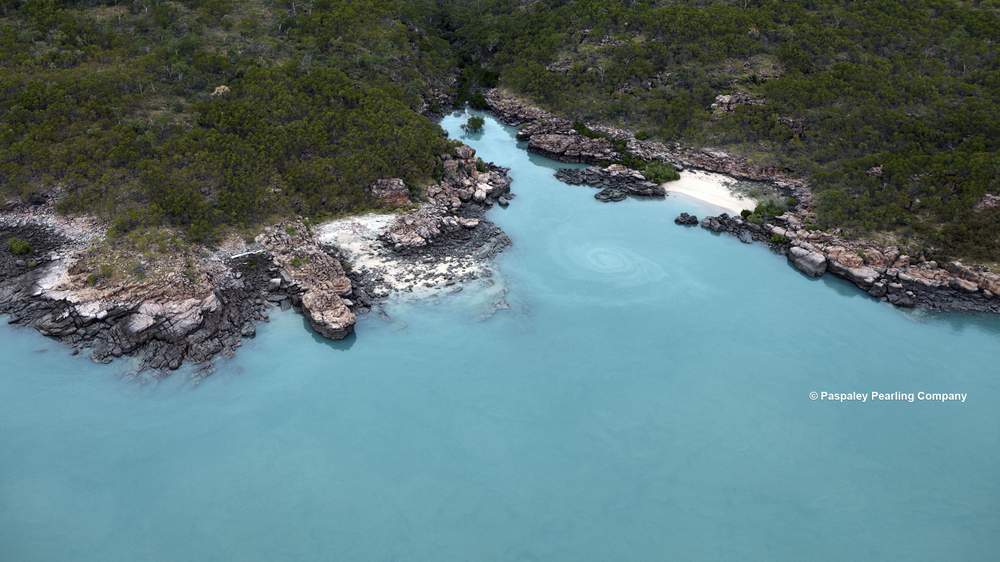 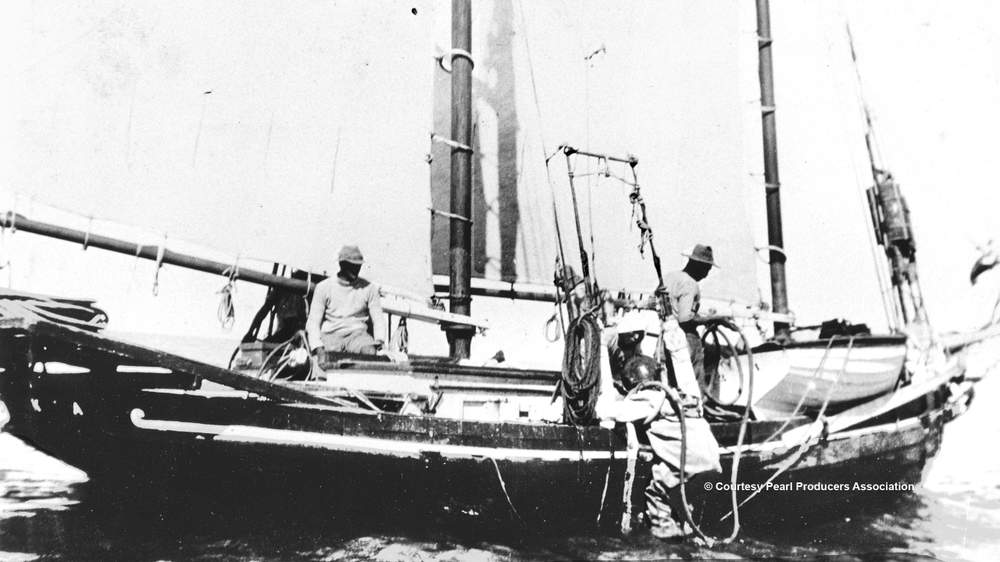 P. maxima first made its appearance around 14 million years ago, but it wasn’t its pearls that first attracted attention. Natural pearls are found only rarely in this mollusc. Instead it was the iridescent nacre coating inside the giant shell called mother of pearl (MOP) that was highly prized.

Indigenous Australians have traded MOP for millennia. The WA Museum has dated a shell fragment of shell found some 200km inland from the coast at 22,000 years old, and today the shells still retain an important place in local Aboriginal culture.

European settlers first discovered P. maxima in Nickol Bay in the Pilbara in the 1850s, and a thriving industry quickly developed.

By the early 1900s the Kimberley settlement of Broome had become one of the world's most important pearling centres, with the town's activities dominated by hundreds of wooden pearling luggers and thousands of hard-hat divers from all over the South Seas.

MOP was eagerly sought to make buttons, buckles, cutlery handles and furniture inlays. So bountiful were the numbers of P. Maxima that by the early 20th century, Australia supplied 75% of MOP’s world demand.

The most prolific area for the silver-lipped pearl oyster was (and remains) Eighty Mile Beach south of Broome. Aboriginal Australians, Japanese and Southeast Asian immigrants worked on the luggers as divers and deckhands. This was the genesis of the multi-cultural and multi-ethnic Broome of today.

But conditions were hard and dangerous and the industry took a high toll on workers’ lives. Many died from 'the bends', cyclones or drownings.

The industry suffered other damage, too. Like dwindling resources due to overfishing. Two world wars that saw vessels impounded and destroyed, and Japanese divers interned. And the advent of plastic, which superseded the role of MOP in the production of buttons.

Fortunately, humankind’s ingenuity spawned a replacement industry – farmed or cultured pearls. These were created by the injection of a small bead into an oyster together with tissue from another oyster. Layers of nacre, a lustrous crystal-like substance then formed naturally over the bead and created a pearl in the host P. maxima.

The skill was developed by a British biologist who passed it on to two Japanese, and a cultured pearl industry started in their country. And it was Japanese interests together with Australian and American investment that combined to introduce cultured pearl farming into the Kimberley at Kuri Bay, north of Broome.

“The real eureka moment for us came when my grandfather, Dean, and uncle, Lyndon, figured out how to culture pearls by grafting tissue to growl pearls in oysters. Before, only the Japanese knew how and legislation made it illegal for them to train any other nationality.”

Pearling then and now

THEN: pearl oysters being offloaded at Broome in 1911

THEN: hard-hat diving for pearl oysters in the early 1900s

THEN: hard-hat diving for pearl oysters in 1973

The importance of sustainability and environmental stewardship

Melanie Carrington, a director of the Maxima Pearling Company, and one of the very few Japanese-trained Australian Pearl Technicians, understands the rarity of an Australian South Sea pearl.

“We look to harvest half the seeded shell every two years and nowadays maybe up to 90% have pearls inside,” says Ms Carrington. “Just over half of the pearls harvested will be of sufficient quality.”

Mr Brown says Australians should be proud that their cultured pearl industry has been certified as sustainable, and have confidence that the fishery is being looked after.

Aaron Irving, chief executive of the Pearl Producers Association, also points to the benefits of the ecolabel.

“It enables us to provide our customers with an added assurance that they are able to buy Australian South Sea pearls with confidence that their pearl has come from a carefully managed and sustainable source – that is cultured in harmony with the natural marine environment with almost zero effect."

“The Australian pearling industry and the WA and NT government fisheries departments have developed an excellent managed fishery quota system that has demonstrated over the decades that the wild shell harvest can be managed sustainably,” he says. 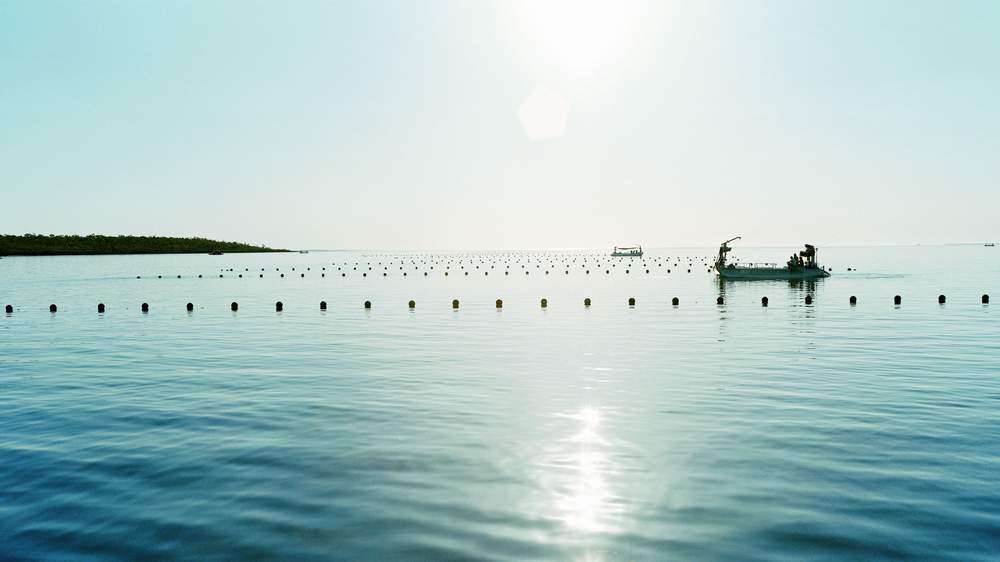 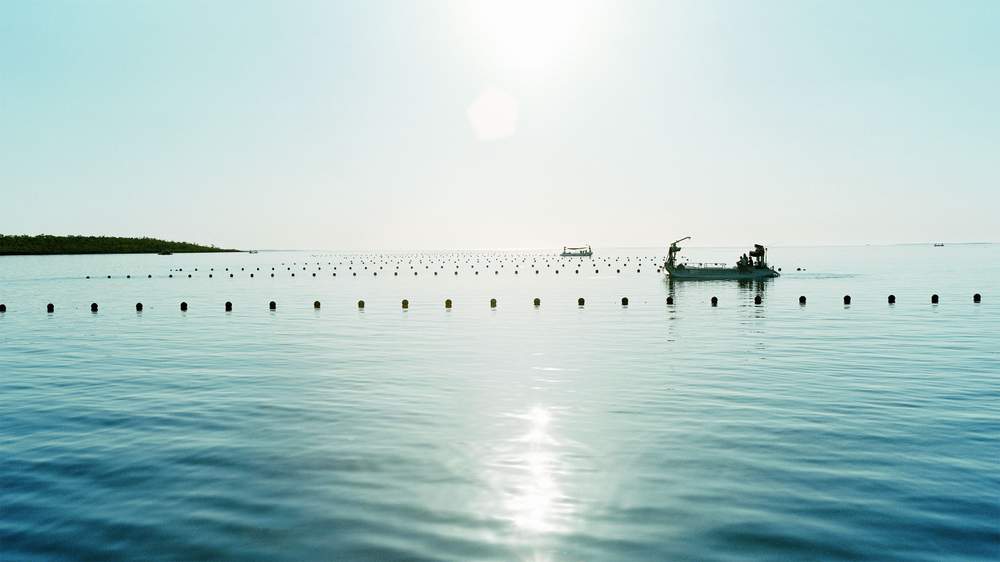 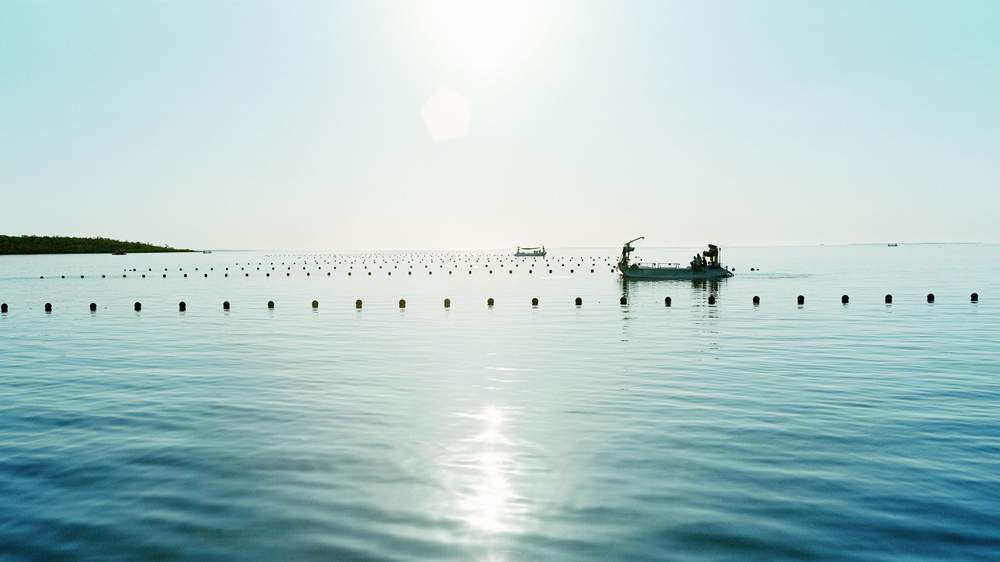 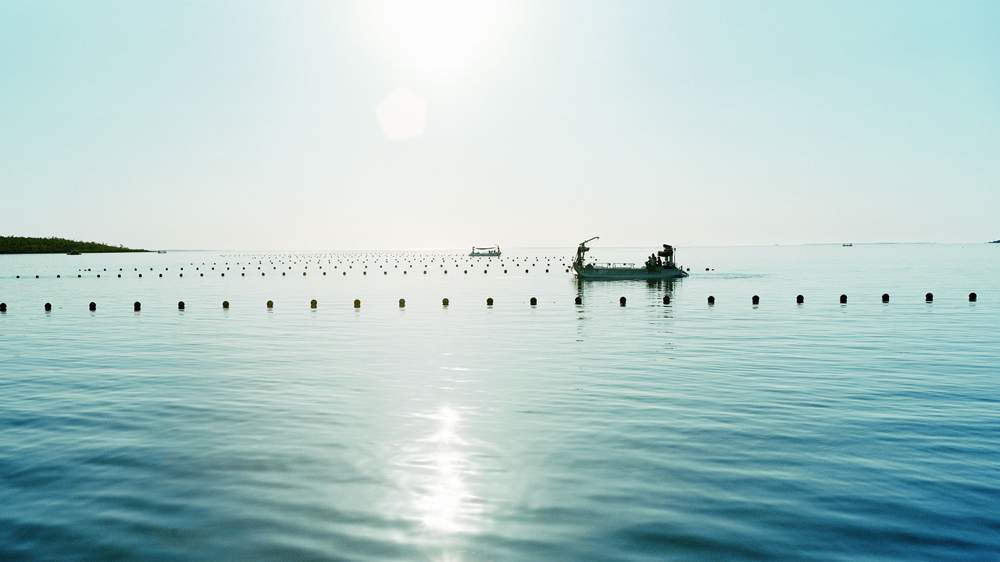 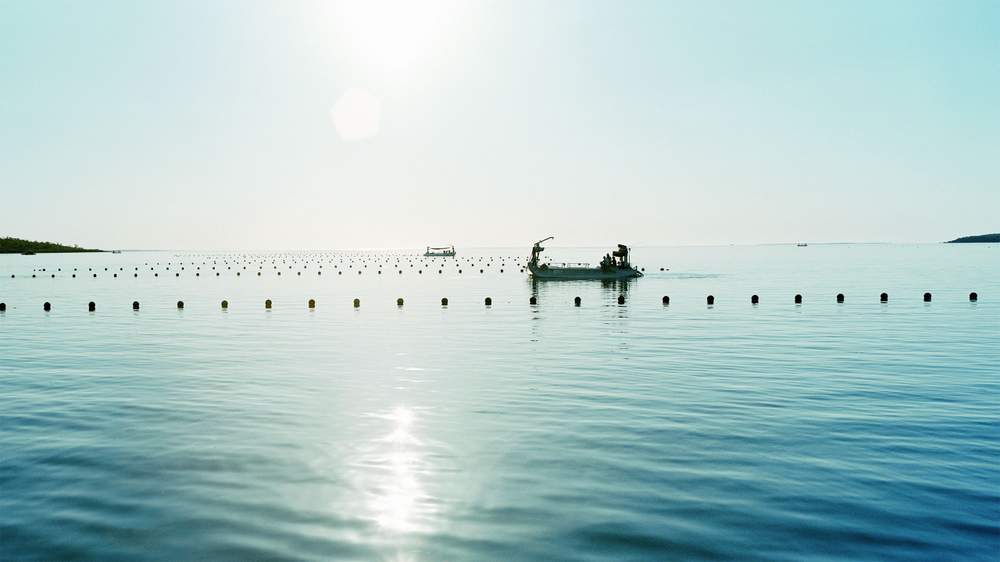 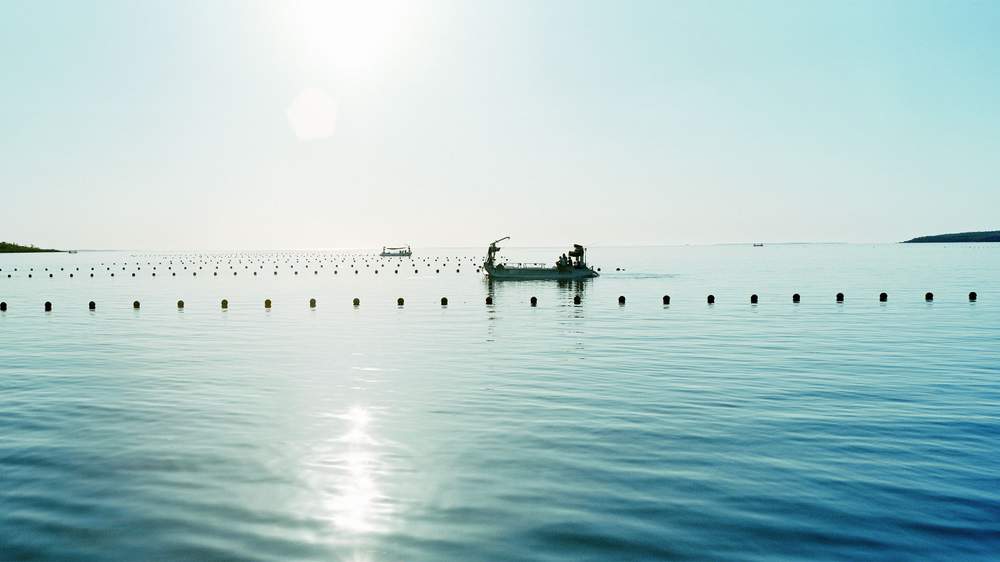 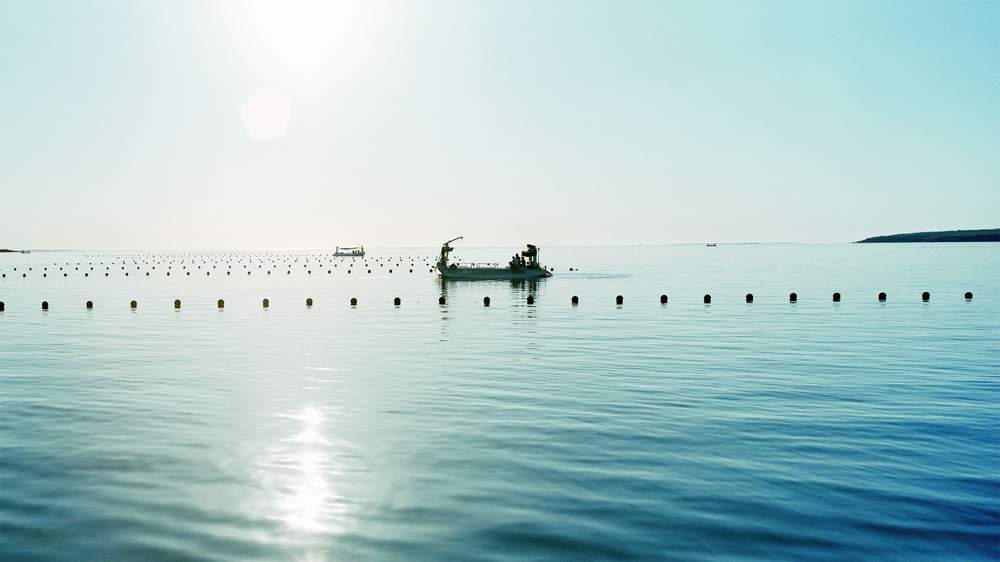 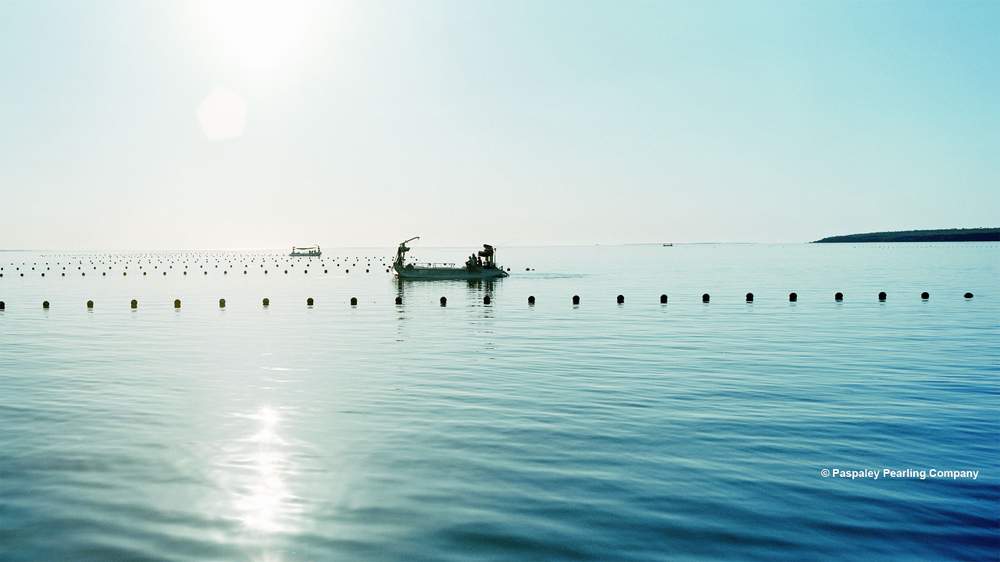 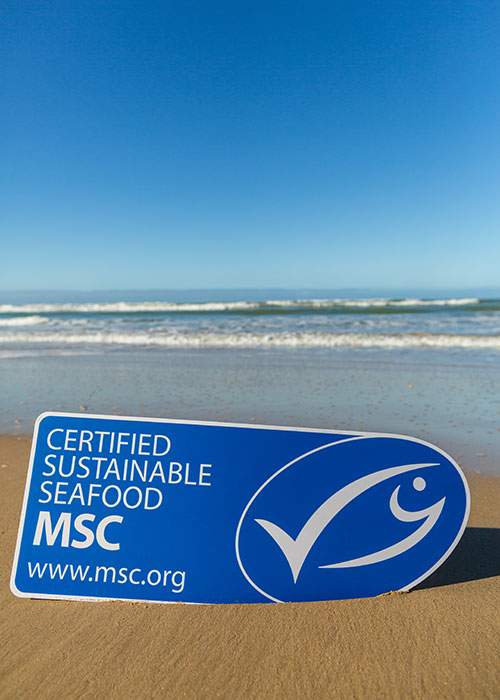 “We are a real ‘eco industry’ and a true ‘eco brand’ and want our customers to know this. The MSC accreditation is the paramount recognition of our environmental integrity and we are delighted to have achieved this important milestone.”

The fact that Australia is the only country still predominantly culturing pearls from wild-caught oysters gives the local industry – a “unique advantage”, as Mr Irving calls it.

Now the MSC certification provides another valuable point of difference, and the pearlers of Australia are united in their desire that it will help write another fruitful chapter in the long-running story of Pinctada maxima. 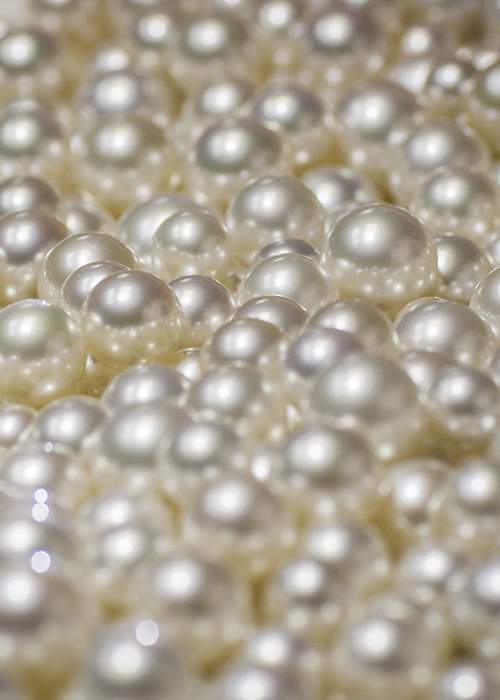